Consider This Around Vermont Elections…

More neighbors are talking about voting, ballot issues, and local concerns in the weeks leading up to Town Meeting Day. New candidates and incumbents are sharing their platforms too. While some members say it can feel like a lot of content (often heated!), consider what this member in Springfield, VT, shared recently on her Front Porch Forum…

“While I’ve posted numerous times over the last couple of years looking for referrals for home improvement projects—and gotten great tips—how cool is it that FPF has become a place to learn about community issues and the people putting themselves out there to make a difference!“

“I don’t have time to call five different candidates to ask how they feel about one issue or another in Springfield schools. In a town without a newspaper, I appreciate the back and forth on FPF and opportunity to learn from the candidates themselves and from community members who support one person or another.” • Kelly in Springfield

The highest “stump” for our communities

Posted on Monday, March 1, 2021 by Front Porch Forum • No comments yet

Town Meeting Day brings out conversation between neighbors on FPF.

“Thank you FPF Member Support for your clarification and endorsement of political discussion. I have no ‘dog in this fight’ but think the Reading election discussion is totally fascinating. I have enjoyed reading all the posts and if I didn’t, I simply wouldn’t. I almost can’t wait for the next installment. You all are exerting your democratic rights of free speech. And, what a great place we all have for doing that very thing – Front Porch Forum. FPF the highest “stump” for our communities and available for all to express their views on most issues. CHEERS to all the contributors on all sides of the discussion and thank you FPF for being there.” • Neil in Brownsville

“It looks like it is that time of year again, when we start seeing/reading heated discussions here on FPF. As your neighbor I would like to stress , as I have in the past, we are in this together. We all need to take a few minutes, calm our thoughts, and remember that most people want to do the right thing. We also should remember that we all make mistakes, no one ever learns anything without them. The key is to understand what went wrong, learn from it, and become a better person. I love living on this Island, and it is not only the location that I love, its also the community that is around me. It’s time to be respectful to one another, because “We are in this together.”  • Matthew in Grand Isle

“I wanted to write and thank FPF for moderating our town bulletin board. The world seems like it has changed so much over the past few years…but I guess there have always been tough conversations to have about how certain people share in public. It must be incredibly challenging for you all to make decisions on what content to ban. Your platform has brought towns together in such a lovely way, and I appreciate the way it connects us in rural Vermont.” • Mary in Underhill

Posted on Monday, September 14, 2020 by Front Porch Forum • No comments yet

Many are using Front Porch Forum to discuss political issues and candidates.

“There is no other source for local information about candidates, issues, and budgets that is free. I’m glad there are no memes here, no trolling for the sake of argument, but I deeply value the access to local issues, challenges, opinions, and endorsements of local candidates for office. Civil discourse is valuable. Let’s keep the emphasis on Civil as we continue the discourse.”  • Wade in Brandon, Vt.

“If, as stated, FPF is about connecting, then it should be more than just a community bulletin board. Someone said that there are plenty of other forums for political discussion. True, but by the same token there are also plenty of other places to let people know that you have extra puzzles or vegetable starts to give away. As long as we keep things civil and respectful there’s nothing wrong with an exchange of differing viewpoints. And those who don’t wish to read something are perfectly free to skip over it.”  • Lisa in Brattleboro, Vt.

“A forum is, among other things, a site for discussion. If we can’t air our differences, how can we ever resolve them? For that matter, can we really understand issues, local or otherwise, if we don’t discuss them, if we view them only monocularly, through the single lens of our own parochial points of view? What safer place to air one’s views than FPF, where tempers are necessarily tempered by the relative quiet of written speech? And what better way to organize and solidify one’s thoughts, to familiarize oneself with one’s own views, than to write them down in coherent sentences? Write on!” • Keith in So. Hero, Vt.

“I would say that the idea of Front Porch Forum is to replicate the idea of sitting on the front porch and discussing what is going on in the world–near and far. I don’t think that a forum is only for looking for lost pets or selling tires. The definition of a forum is a place where people can exchange ideas, like being a libertarian, discussing the issues of the day, announcing area activities, and looking for lost pets and selling tires. Whatever people used to do on their front porch. I find discussions on the forum to be interesting and thought provoking. Obviously I don’t always agree but my horizons are broadened, causing me to at least think about things that otherwise would not be brought to my attention. If you don’t like the political stuff, don’t read it, but appreciate the fact that you can read about Odin, 225-65-17’s for sale and that the farmer’s market has moved in doors and all sorts of other things. I encourage people to put their thoughts and ideas out there for others to think about. At least we’re having a discussion with our neighbors about things that matter.” • Thomas in Roxbury, Vt.

Posted on Tuesday, March 3, 2020 by Front Porch Forum • No comments yet It’s Town Meeting Day in Vermont and Front Porch Forum is buzzing with posts about community-centric topics and local issues. Stay informed on what’s happening in your town and around the state, and keep the conversation going! Here are some great posts about Town Meeting Day from neighbors on FPF:

“Hi Neighbors! For those of you that haven’t taken advantage of early voting, I’m extending an invitation to help get you to Holley Hall tomorrow to VOTE! I have a young one with me, so my availability is limited. But during the morning, we would be more than happy to pick you up & take you home if getting out is a challenge for you.

Please get in touch this evening if you’d like to make a plan. Thank you to everyone who participates in voting!”  • Megan in Bristol

“Here’s our proposal:
WHAT: a real Pot Luck Lunch
WHEN: on Town Meeting Day, Tuesday, March 3rd, whenever the meeting ends
WHERE: in the gym at Doty Memorial School
WHY: because it’s so good to be able to sit down and talk with neighbors that we may not see very often, while sharing a delicious meal!”  • Dell in Worcester

“Town Meeting Day is a Vermont tradition that feels deeply important to me. We live in a place where we still can truly participate in the democratic process, connect with our neighbors, and model active citizenship to our children. Please consider attending, even if you never have before! I hope to see you there.”  • Tai in Charlotte

Don’t forget to share your thoughts on Town Meeting Day on your FPF!

Neighbors helping neighbors to get out and vote

Posted on Friday, November 2, 2018 by Front Porch Forum • No comments yet

With election day around the corner, we’ve been witness to many great examples of FPF members offering to help get their neighbors to vote. “I would love to help a couple of people who either don’t have a car or cannot drive, get to and from the polling booth next Tuesday.  This would include pick-up at the person’s home, bringing them to the polling station, waiting for them to vote, and then driving them back home.”  • Sonia in Williston

“If you or someone you know needs a ride to the polls November 6th – or needs a ride to Town Hall to get a ballot for early voting – please let me know. I am arranging to assist folks getting a ride.”  • Jean in Reading

“When you read the postings in this forum about a hotly contested election for our local State Representative, all of them, no matter who the advocate is supporting, have been reasonable and respectful and I think it reflects well on the quality of the people who live here and the health of our community.” • Howard in Wells

All of us at Front Porch Forum encourage you to vote this election!

Open discussions in our communities

Posted on Tuesday, December 5, 2017 by Front Porch Forum • No comments yet

We’re happy to see that Front Porch Forum is recommended and used by many to have important discussions on relevant town issues. “I am really liking this thread on minimum wage. This kind of discussion is exactly what Front Porch Forum was designed for. We should be having a lot more of these kind of discussions as long as we can keep to the issues and not personalize the debate or attack those we disagree with. Our community and indeed our culture in general would be much better served if we had civil discussion and debate about important issues as though we were speaking face-to-face, FPF seems like an excellent vehicle to have those discussions.”
• Jeff, Town Energy Coordinator, Richmond

“The public must be better informed about this School Capital project. Information put on a school website is not adequate public outreach. We recommend Front Porch Forum as it is a primary source of local information for me and many others in the community.”  • John in Morrisville

Reach out to your town officials on FPF! 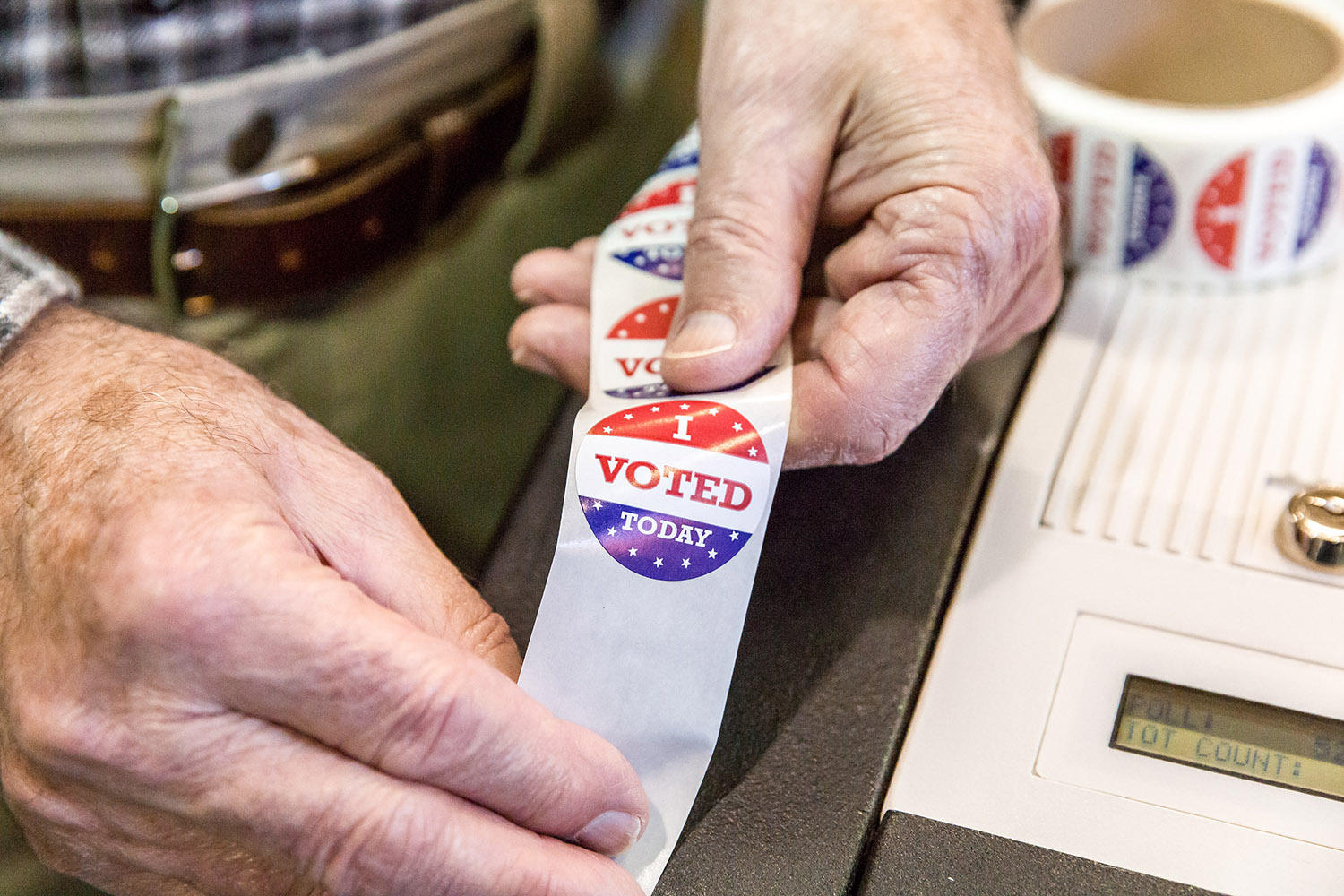 Across the state, members expressed their appreciation for FPF as a tool to engage and inform neighbors on important issues being voted on in their towns.

“I appreciate this forum and the way this passionate discussion is making it clear that all of us, regardless of our positions, should be sure to vote yay or nay”
•  Lydia from Charlotte

“Dear Neighbors, I want to propose a non-partisan FPF discussion thread. The subject is: “Why do so few people vote?” or maybe “Why don’t more people vote?”  • Charles from Burlington

“I try to stay current on the goings-on in my community, largely by reading FPF posts, so I am aware that there were house parties, coffee meetings with candidates, and information available online.”
•  Jacey from Burlington

“As usual – FPF shines as a great format to accomplish a public awareness / discussion.”
•  John from Barre

Front Porch Forum encourages civil discussion about important topics. Be sure your voice is heard!