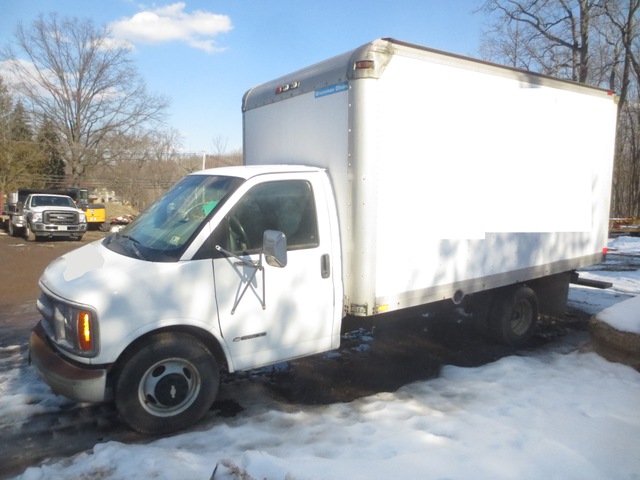 “Can anyone provide a closed truck to help move a load of household stuff — furniture and kitchen utensils — donated for distribution to refugees in Burlington area? Start in Marshfield, and end at VT Refugee warehouse in Colchester. In the next couple of weeks. Almost any weekday will do.”
• Jules, Marshfield Plainfield FPF

“Someone has quickly volunteered their truck, together with a driver! Things happen, and fast, with Front Porch Forum.”
• Jules, Marshfield Plainfield FPF, next day

Modern civilization may be swell, giving us unimaginable autonomy and material bounty. But it has also deprived us of the psychologically invaluable sense of community and interdependence that we hominids enjoyed for millions of years. It is only during moments of great adversity that we come together and enjoy that kind of fellowship — which may explain why, paradoxically, we thrive during those moments. (In the six months after Sept. 11, Mr. Junger writes, the murder rate in New York dropped by 40 percent, and the suicide rate by 20 percent.)

War, too, for all of its brutality and ugliness, satisfies some of our deepest evolutionary yearnings for connectedness. Platoons are like tribes. They give soldiers a chance to demonstrate their valor and loyalty, to work cooperatively, to show utter selflessness. Is it any wonder that so many of them say they miss the action when they come home?

As a former anthropology major, Mr. Junger takes a special interest in tribal life. He notes that a striking number of American colonists ran off to join Native American societies, but the reverse was almost never true. He describes the structure and values of hunter-gatherer groups, including the ones that lasted well into the 20th century, like the !Kung in the Kalahari.

FPF’s mission is to help neighbors connect and build community.  We work toward that mission by hosting a Vermont-wide network of online neighborhood / town forums where people find lost pets, sell cars, give away couches, seek rides to the airport, ask for plumber recommendations, borrow ladders, find part-time jobs, organize block parties, attract crowds for community meetings and events, debate school budgets, and more.  And all of this occurs daily among clearly identified nearby neighbors, building connections.  Counter to our national trend toward individual isolation, for an increasing number of Vermonters, their neighbors form a healthy part of their tribe.

Call for solidarity among neighbors in Winooski “I stand with all of my neighbors, no matter what country they came from or what religion they follow. Who will stand with me?“
• Jean, Winooski Front Porch Forum
Jean’s posting in one of Vermont’s most diverse communities is attracting loads of supportive responses.  How would neighbors respond if you posted a similar question on your local FPF?

“A couple of months ago, a community member in my town posted on our Front Porch Forum an invitation for neighbors to gather in questioning how we can become more organized, informed and better able to rapidly respond to current social issues.  From that one post, about 40 people showed up.  We squeezed into the old South Newfane School House and began an important conversation.  Out of this gathering, we are now defining the contours of what we want to do as a group and how to effectively connect with other grassroots efforts in our state.  At the last meeting we invited our local legislators and many showed up.  FPF has been instrumental by creating the infrastructure that has allowed such a level of individual activism and organization to occur.”
• Heidi, Newfane Townshend FPF

When it’s time to get organized in your community, start with FPF.

Posted on Thursday, January 19th, 2017 by Michael • No comments yet

“I would like to start a Farmers Market catering to Belvidere and the surrounding area this summer. I am looking for volunteers to help. Those who volunteer would have a free space for the season. I am also, of course, looking for a space. So if you have a field or large parking lot that could be used, please contact me. I’m looking to start in June. If you can help, please contact me.”
• Jill, Cambridge Front Porch Forum

Many farmers markets have used FPF to get organized and launched in Vermont.  How about one in your town?

“One year ago, a group of community members answered a posting on Front Porch Forum and got together to discuss establishing an organization to promote economic and community development in Northfield.  The Northfield Community Development Network (NCDN) is celebrating its first birthday — and wants to update our community on everything we’ve been working on over the past year… Please join us at our upcoming event…”
• Lindsay, Northfield Front Porch Forum

Active citizens make the difference in many Vermont community.  Use your local FPF to organize like they did in Northfield!

Posted on Sunday, January 8th, 2017 by Michael • No comments yet

… social media represents the ultimate ascendance of television over other media.

I’ve been warning about this since November 2014, when I was freed from six years of incarceration in Tehran, a punishment I received for my online activism in Iran. Before I went to prison, I blogged frequently on what I now call the open Web: it was decentralized, text-centered, and abundant with hyperlinks to source material and rich background. It nurtured varying opinions. It was related to the world of books.

Then for six years I got disconnected; when I left prison and came back online, I was confronted by a brave new world. Facebook and Twitter had replaced blogging and had made the Internet like TV: centralized and image-centered, with content embedded in pictures, without links.

Like TV it now increasingly entertains us, and even more so than television it amplifies our existing beliefs and habits. It makes us feel more than think, and it comforts more than challenges. The result is a deeply fragmented society, driven by emotions, and radicalized by lack of contact and challenge from outside…

One reason why Front Porch Forum is text-based.

Posted on Saturday, December 31st, 2016 by Michael • No comments yet

“When I saw the headline “Gratitude” I felt warmed. Just to know that another Front Porch Forum member is feeling gratitude for this forum, and for all the aspects of community that promote a better life around here, feels good. And to be reminded of the need to express and receive the warmth that accompanies gratitude is a helpful thing. So, thanks for the good vibes, Nancy! Happy New Year!”
• Josie, Randolph FPF

What are you grateful for today?  Share with your neighbors on FrontPorchForum.com.

Brookfield and Randolph brimming with talent and energy

Posted on Wednesday, December 28th, 2016 by Michael • No comments yet

“Thanks to all who generously offered to assist me with my small paint job. I’ve now got it covered. I’m astounded at the Front Porch Forum as a network for our communities, but also with the wealth of talent and energy it represents. I feel beyond grateful!”
• Nancy, Randolph FPF

How is your local FPF?  Read and post to it today!

The deadly impact of social isolation

Yesterday’s New York Times reports… “How Social Isolation is Killing Us“… a compelling and brief read by Dr. Dhruv Khullar.  He ends by saying…

A great paradox of our hyper-connected digital age is that we seem to be drifting apart. Increasingly, however, research confirms our deepest intuition: Human connection lies at the heart of human well-being. It’s up to all of us — doctors, patients, neighborhoods and communities — to maintain bonds where they’re fading, and create ones where they haven’t existed.

Social isolation is a growing epidemic — one that’s increasingly recognized as having dire physical, mental and emotional consequences. Since the 1980s, the percentage of American adults who say they’re lonely has doubled from 20 percent to 40 percent…

One recent study found that isolation increases the risk of heart disease by 29 percent and stroke by 32 percent.

Another analysis that pooled data from 70 studies and 3.4 million people found that socially isolated individuals had a 30 percent higher risk of dying in the next seven years, and that this effect was largest in middle age.

Loneliness can accelerate cognitive decline in older adults, and isolated individuals are twice as likely to die prematurely as those with more robust social interactions. These effects start early: Socially isolated children have significantly poorer health 20 years later, even after controlling for other factors.

All told, loneliness is as important a risk factor for early death as obesity and smoking.