#VT – My “seeking snowshoe” post received many responses and we were able to get out and enjoy the fresh snow because of our generous neighbors. Happy New Year to all – we are lucky to live in such a great community!

That was posted by Laura on the Huntington Front Porch Forum today.  Happy New Year indeed!

Integral to day-to-day life of community…

Dennis posted the following today on the Cambridge #VT FPF…

When, a couple of years ago, a small group of us got together and submitted Cambridge’s e-Vermont application we didn’t realize how integral Front Porch Forum would become to the day-to-day life of our community.

We’ve had a few controversies but there seems to be a self-correcting mechanism in the common sense of FPF subscribers. “It was on the Forum”, has become a fairly common response in town when asked how someone learned of a new business or community service. The Cambridge Front Porch Forum now reaches into more than half of the households in town and I expect that the number of households served will increase yet again when our long promised 100% broadband coverage becomes a reality by next summer. Our Cambridge FPF membership seems to have reached a critical mass and new members join almost daily even though there has been no organized membership drive, that I know of, since last year’s 4th of July celebration. Word of mouth seems to be working! Congratulations to all Cambridge Forum subscribers for making it a valuable community resource and thanks to our local businesses who utilize the Forum with restraint to offer special value opportunities to our community.

Music to my ears!  Thanks for sharing, Dennis.  We see the points made above happen again and again in other FPF towns, namely…

UPDATE:  From another Cambridge FPF member…

A bunch of people were gathered last night in Jeffersonville, and the subject of FPF came up to great kudos for the work you are doing.  In fact, some lamented on behalf of friends who live nearby and do not have FPF.

#VT – Neighbors in Jericho are debating the paving of some dirt roads on their Front Porch Forum this past month.  Many good points are making the rounds.  Elected leaders are reading FPF.  This is good stuff.

Many of the postings are also making their way to sister town Underhill’s FPF.  We heard from an FPF member there the other day complaining about clogging up his FPF with this dirt road conversation from neighboring Jericho.

One neighbor’s interesting news is another’s static! The feedback is helpful…

More feedback, Linda: Jericho roads are important to Underhill drivers. This paving  debate is intrinsically interesting and directly pertinent to us. Far from “clogging” the forum it’s animating and informing the forum. More to the point, much of the beauty of FPF is its lean, succinct presentation; it takes a fraction of a second to skip what doesn’t interest us. Even more to the point, the point of FPF isn’t only to get the news, it’s also to participate in and partake of the community around us, to learn to think of ourselves as connected and responsible for each other. Please send us anything and everything we might care about, whether or not we’re eligible to vote on it.

Posted on Wednesday, December 21, 2011 by Michael • No comments yet

#VT A recent news article about apparent neglect of some farm animals in the Town of Cambridge led to a wide-ranging discussion on Front Porch Forum there.  After expressions of shock and dismay, other folks added more information that helped clarify the particular situation.  People discussed steps being taken by neighbors, a local vet, and state officials.  And then today, Jena posted on FPF about a group forming…

Thanks so much for the emails! I’m excited by all the positive feedback for a community animal support group.  Our 1st meeting is on January 3rd @ 6pm. To get to my house, turn off route 15 at The Cambridge Village Market… I’m looking forward to meeting all you kind hearted animal lovers:)

I’m eager to hear how this new group will help area animals that fall between the cracks of our faltering economy.

Posted on Wednesday, December 21, 2011 by Michael • No comments yet

… to all who inquired about the computer desk, THANK YOU! The response was awesome and it shows just how great FPF really is! I wanted to tell everyone who was interested that the desk is gone. It went to live with a new family tonight. Thank you all again and Merry Christmas! 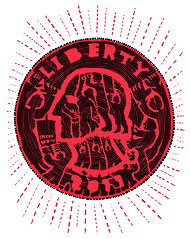 In 1925 the French anthropologist Marcel Mauss published his classic essay “The Gift,” which argued that contrary to the textbook account of primitive man merrily trading beaver pelts for wampum, no society was ever based on barter. The dominant practice for thousands of years was instead voluntary gift-giving, which created a binding sense of obligation between potentially hostile groups. To give a gift was not an act based on calculation, but on the refusal to calculate. In the societies Mauss studied most closely the Maori of New Zealand, the Haida of the Pacific Northwest people rejected the principles of economic self-interest in favor of arrangements where everyone was perpetually indebted to someone else.

Posted on Wednesday, December 14, 2011 by Michael • No comments yet

Have You Signed up for FPF?

Hey Waterbury and Duxbury recipients: Have you found your way to Front Porch Forum yet? Huntington has been using this service for some time now, and it is a real treat to have it finally come to Waterbury and Duxbury. Since the service was turned on in early November, over 200 of your neighbors have joined.

FPF is an excellent way to stay in touch with your neighbors, sell something gathering dust in your garage, find a babysitter, and ask for a hand post-flood. Check it out… FrontPorchForum.com

We’ve also recently expanded to Cabot, East Montpelier and Stowe.  Click here for a map and list of Vermont towns served by FPF.

Stories from e-Vermont.  First, from Middlesex…

e-Vermont partner Front Porch Forum provides towns and neighborhoods with a virtual town green and bulletin board. Residents who opt to sign in can easily post notes which get delivered to e-mailboxes throughout the community. Notices about upcoming events, stuff for sale or trade, lost pets, and wildlife sightings mix with discussions about town budgets, local elections, and favorite movies. FPF is also a platform for readers to connect with area businesses and service providers.

Duane Sorrell started his auto repair business in Middlesex last year and reached out on FPF to let people know he was opened. More than 500 of the town’s 700 households are FPF members. Within a couple of days Duane had a dozen new customers. Now people know about a local option for car service and the town has one more successful small business. Meet Duane in this brief interview: 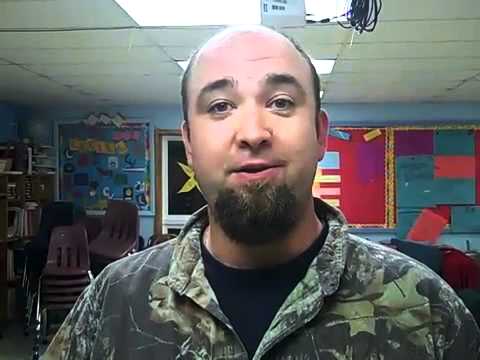 The village center of Moretown sits along the usually friendly Mad River. But Tropical Storm Irene swelled it to a torrent, taking houses and bridges in its wake.

Just prior to Irene, this e-Vermont community was slowly building interest in its new town wideFront Porch Forum. Suddenly, it exploded with activity. In a few long days, Moretown residents and public officials shared 300 disaster-related postings among neighbors on FPF. Typically it would take five months to generate that many postings there. Also, even without consistent power or Internet availability in many places, the FPF member count increased by 50%. Indeed, FPF proved so valuable to residents that it was printed each day and posted at Town Hall for those who did not have online access.

In addition to 5-10 daily updates from public officials on FPF, neighbors rallied to help each other directly. Here’s one result shared by a Moretown FPF member…

“We’ve lost half a house but we’ve gained a community. I’ve never experienced being carried through a devastating event by large numbers of friends, neighbors, and complete strangers before. Thank you Moretown and out-of-town volunteers for your heart-breaking generosity.”

Posted on Wednesday, December 7, 2011 by Michael • No comments yet

#VT – Folks moving into a neighborhood or town often get a lot of value from Front Porch Forum.  But so too do long-time residents.  From Greg in Bristol, VT today…

Here in Bristol/New Haven we have an extremely tight community.  Everybody knows everybody.  My family has been in the same place for several generation and I love it.  I like how Front Porch has brought the community even closer.